This one is for you mama.

The one who feels like she most certainly has the craziest, loudest, and messiest child in the world.  You are not alone. I am right there with you.

I know I cannot be alone in this feeling that my son seems to be the only one that is quite as loud or makes quite as much of a mess compared to all the other babies.  It is so easy to fall into this trap of comparison and feel like there must be something wrong with the way we are raising our kids. Here is the thing, sometimes children, especially really little ones, have bad days and it is NO indicator of how good or bad of a parent we are.

In full transparency, Hudson and I have been having a rough past few days.  Like hitting other babies and throwing sippy cups off gondola rides rough. I can’t make this stuff up.  This is our life. Hudson is not even 16-months old yet and these past few days have felt like we are already in those terrible twos.

It is amazing how I can already see very large glimpses of the type of boy and man I can see him becoming.  And these glimpses are beautiful! I already can see that he is going to be incredibly passionate in whatever he chooses to pursue in his life. This makes me super excited for his future; however, this passionate personality feels a bit overwhelming right now.

Last Tuesday, we were at our mommy and me class when the teacher put out paint for the babies to use.  None of the other babies even went near the paint, except for my sweet Hudson. And let’s just say, there was green everywhere.  In his hair, on his shirt, on his shorts, on my shirt, and on my jacket. Then, he started running away with the green paint brush in hand and decided it was time to make other things turn green as well, like the soccer ball and the toy car.  So here I am, chasing this wild baby and wondering, why is he is the messiest and craziest one in this whole class?

The other babies seems to be neatly playing with the play-dough and water tank. They are not covered in green.  The thing with this mindset is that I am zeroing in on particularly tough moments and failing to remember the million, little sweet things he did on that very same day.  In that moment, Hudson was the messy, paint boy, but in the very next, it will be a different little one and I am guessing that mama or dad will feel just the way I did. Let’s give our kids and ourselves a little bit more grace. We all have our green paint kind of days.

The story does not end here.  Two days after the paint incident, there was the poop incident.  Hudson had his 15-month doctor appointment. As I took him out of his carseat and started walking up to Dr. Berman’s office, I felt something warm on my arm.  I also smelled something awful. Hudson pooped, but we are not just talking about a normal poop. Something went very wrong and this poop, like the green paint, was everywhere.  On the wall, on my shirt, on his shorts, and on his socks. For the entirety of his appointment, I smelled like poop.  I did not have a change of clothes for either one of us, so Hudson went home in a diaper and I went home in a poopy shirt. Again, here is a moment of feeling like I must be the most unprepared mother with a baby that has the craziest poops. All lies.

And the story continues.  On Monday, we went back to the San Diego Zoo. We went to the San Diego Zoo when we visited my sister about a month and a half ago. You can read about that first zoo visit here. This time we went with friends. These friends also have a baby that is a similar age to Hudson.  She is super calm and mellow. And this does not help my head case of feeling like Hudson is the craziest and messiest baby alive.  But here is the thing, they have such different personalities, I simply cannot compare. Hudson will never be the quiet one that can sit still and not say a word, and I am perfectly okay with this.  Again, I love how passionate he is about the world and all the little things in it; however, right now, it feels a tad overwhelming.

Hudson is obsessed with the animals.  It doesn’t matter what type, if it is moving and he sees it, he immediately signs “please” and wants to touch them.  He wants to be up close and personal. He wants to chat with them and see how they are doing. Again, I love this about him, but right now this manifests in him shrieking and screaming when the bus tour we are on drives away from said animal exhibit.  The amount of noises he made on that 40-minute bus ride was rather impressive. And again as I am bouncing him and exerting all the energy I can muster to get him to quiet down, that comparative voice again starts running in my head. I look around at all the quiet and calm babies sitting on their parents’ laps.  Why is my baby the loudest and most active on this whole bus?

Then, there was the gondola ride, where he threw his sippy cup off the ride.  Thankfully, it landed on a building and it was just his green sippy cup. It could have been much worse; however, this was just another thing that added to my feelings of insecurity at this whole parenthood thing.  Why can’t I seem to control my child?

In between these moments on the bus and the gondola ride, there were also moments where he was super fun and independent.  In the Reptile Walk, he would run from glass exhibit to glass exhibit, with such excitement and enthusiasm. He would point at each animal, smile, and run to say hi to the next one.  These are the moments that I need to hold on to more. These are the times I should be asking: Do I have the cutest, most passionate baby in the whole wide world? Yes, yes I think I do.

Then, there was the dinner, after a long day at the zoo. This exhausted boy who was running and screaming all over the place at the zoo, was sensory overloaded by the time dinner hit.  As I write this, everything is beginning to make sense to me. The amount of energy he exerts throughout the day, often leads to him being a complete nightmare in restaurant settings. As his mom, I need to understand this better and make sure that after a full day I don’t push him beyond his limits. While the other baby could handle it, he is different and it was just too much for him.

I will end with my final example.  This one happened yesterday at this week’s mommy and me class.  It involved a toy lemon and a plastic pan from the toy kitchen. I am not going to even sugar coat it, Hudson used this pan to hit another baby on the arm.  I could type up a bunch of excuses here, but I am owning it instead.

He hit her and he absolutely shouldn’t have; however, it was the reaction of the mom that again put me back in the spiraling head case I have been fighting for over a week. She simply said one word: “wow!”  With that one word and her telling her baby that they should head over to the kitchen, far away from this crazy child and his mother, I felt alone. This is really a story for another post, but as mothers, can we respond to situations in ways that create bridges, instead of further divide?

We Are in this Together

This is a lot of little stories to point to this one fact: we all have bad days, especially little ones, but don’t let the bad days take away from the good ones.  Don’t let the bad, misbehaved moments, take away from the really amazing ones. And this is especially for the mom that has a baby or child with a similar personality trait to sweet Hudson.

Embrace this passionate side of your child. Yes, it may feel like he is the messiest, craziest, and loudest one on the whole bus, but he or she has a lot of good that they can offer. Learn to tame the wild and put all this energy and passion into good.  Ultimately, the point of all these very honest and raw stories are to be my open hand out to you. We are in this together. You are not alone, mama. If you think you have the craziest, loudest, messiest baby; come over and meet mine.

View all posts by Kelli 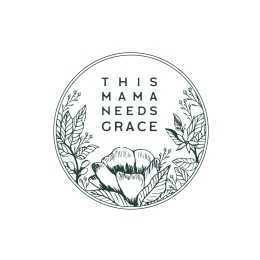